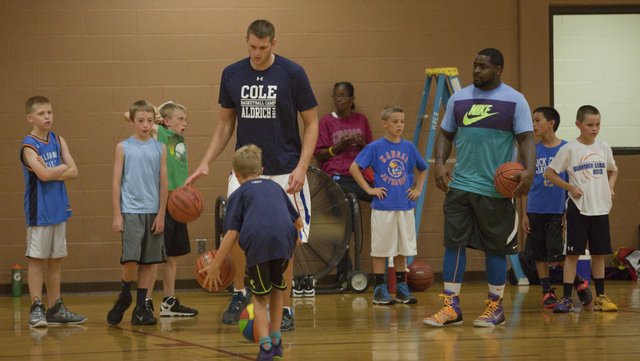 Former Kansas University point guard Sherron Collins says his basketball career is far from over at the still-young age of 27. By Gary Bedore

Cole Aldrich, who provided quite an inside-outside combination with 2010 All-America point guard Sherron Collins at Kansas University, teamed with one of the Jayhawks’ lead guards of the future in 5-on-5 pick-up basketball action Sunday. By Gary Bedore