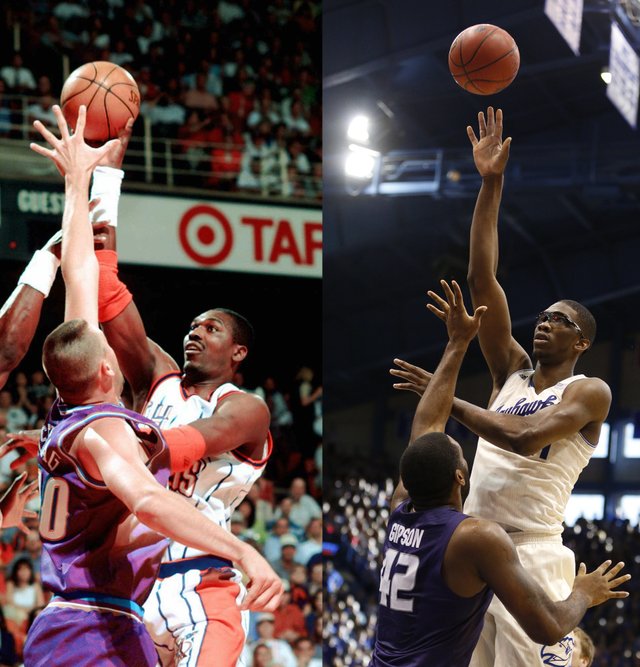 In photo at left, the Houston Rockets’ Hakeem Olajuwon shoots over Utah’s Greg Ostertag (00) on May 29, 1997, in Houston. In right photo, Kansas big man Joel Embiid puts up a similar shot over Kansas State’s Thomas Gipson on Jan. 1 at Allen Fieldhouse.

Tom Keegan: Joel Embiid back on his feet and looking elite

Sidelined two seasons by a stress fracture of the right foot, former Kansas center Joel Embiid is coming off of a 20-minute, 15-point effort for the Philadelphia 76ers against the Detroit Pistons.

The day Joel Embiid was born, Hakeem Olajuwon was half a world away, in the midst of an MVP season, coming off a 41-point, 12-rebound double-double for the Houston Rockets. By Benton Smith