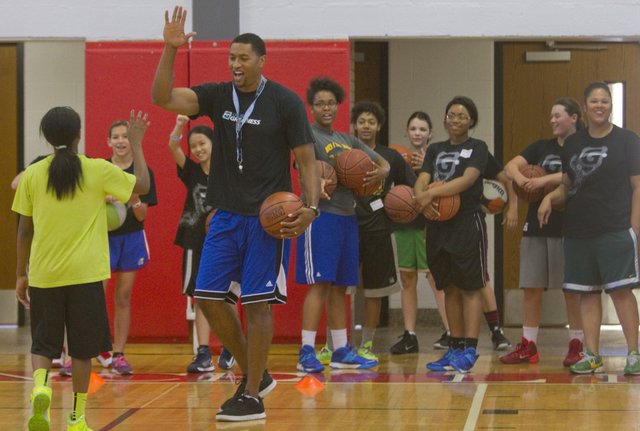 Self singles out Simien, Robertson at Parent/Child Camp

Bill Self was mighty happy to see one of his former Kansas University basketball players, Wayne Simien, and one of Roy Williams’ KU players, Ryan Robertson, bring their children to his Parent/Child camp Friday in Allen Fieldhouse and Horejsi Center. By Gary Bedore

There was a time when Kansas University basketball standout Wayne Simien, an All-American and Big 12 Player of the Year in 2005, couldn’t go anywhere in Lawrence without getting recognized. By Benton Smith