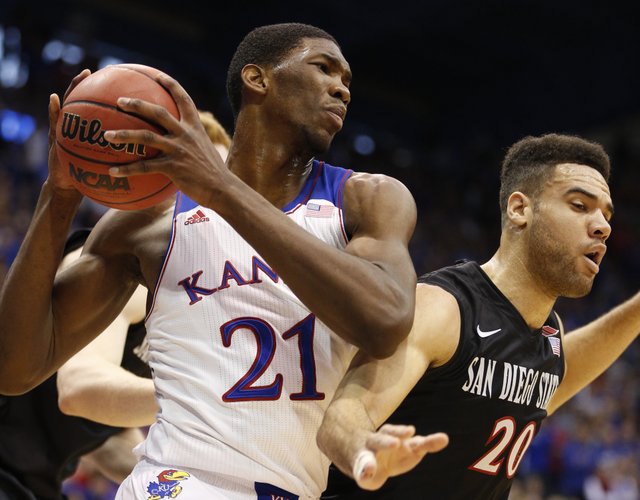 Kansas center Joel Embiid wrestles the ball away from San Diego State forward JJ O'Brien during the first half on Sunday, Jan. 5, 2013 at Allen Fieldhouse.

Joel Embiid looking forward to his future in Philadelphia

When the Philadelphia 76ers held an introductory press conference for their latest acquisitions this past weekend, a certain 7-foot center from Cameroon, by way of Kansas University, didn’t get a chance to join the organization’s 2014 NBA draft picks. Joel Embiid got to meet the Philly press via teleconference on Monday. By Benton Smith

The rankings and the oddsmakers’ lines suggest that San Diego State’s 61-57 Sunday afternoon victory against Kansas counts as an upset. Nothing about it felt that way. By Tom Keegan