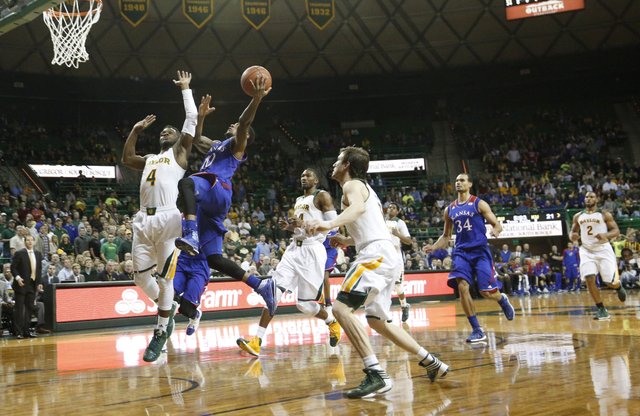 Naadir Tharpe drives the lane to the basket for two first-half points in a KU win over the Baylor Bears, 69-52, Tuesday, Feb. 4, 2014 at Ferrell Center in Waco, Texas. Tharpe led the team with 22 points.

KU junior point guard Naadir Tharpe exploded for 22 points off 9-of-13 shooting (4-of-6 from three) with four assists against two turnovers, plus five rebounds, just a few hours after receiving an earful from his head coach at shoot-around. By Gary Bedore