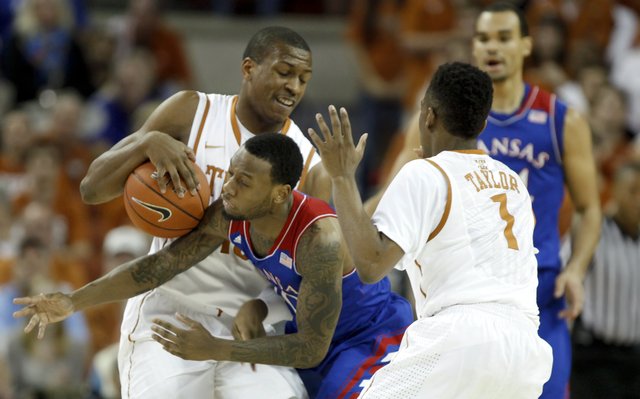 Column: Tharpe's time as KU's starting point guard may be over

The past two years, the Kansas University point-guard position has had something in common with the school’s quarterback spot. No matter the starter, the chorus crying for somebody else showed up ready to sing every game, just in case. Column by Tom Keegan

Kansas University starting point guard Naadir Tharpe had plenty of time to reflect on his performance as he sat the final 9 minutes, 42 seconds of Saturday’s 81-69 loss to Texas in Austin. By Gary Bedore

Wayne Selden did his best to offer an explanation for Kansas University’s double-digit loss to Texas on Saturday afternoon in Erwin Center. By Gary Bedore