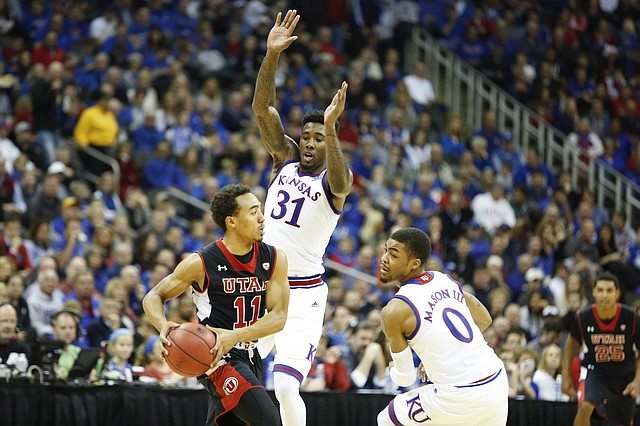 Kansas forward Jamari Traylor (31) and guard Frank Mason III defend against a pass from Utah guard Brandon Taylor (11) during the first half on Saturday, Dec. 13, 2014 at Sprint Center

Kansas University junior forward Jamari Traylor, who returned from a one-game suspension in KU’s 63-60 win against Utah Saturday at Sprint Center, had 13 points and five boards in 26 minutes. He was five of five from the line.

The Kansas University men's basketball team built a 21-point lead, saw it slip away completely and then flashed some of that signature toughness to survive a heck of a battle at Sprint Center on Saturday, 63-60 over Utah.