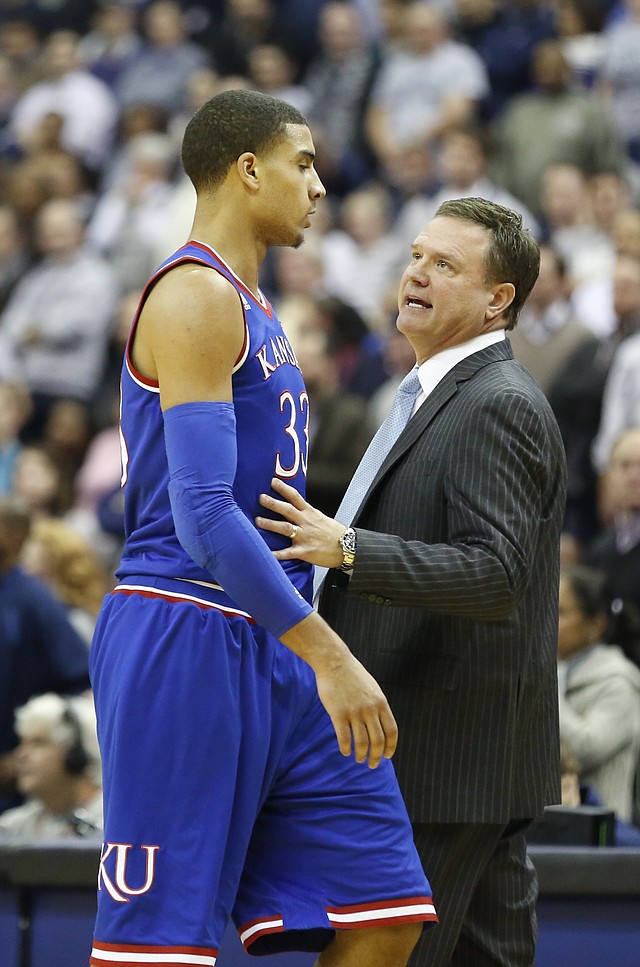 Kansas forward Landen Lucas (33) gets a talking to by head coach Bill Self after fouling out and following a little jaw-jacking with Georgetown's Josh Smith during the second half on Wednesday, Dec. 10, 2014 at Verizon Center in Washington D.C.

Hilton Coliseum, home of the Iowa State basketball team, is where super fan Melvin Weatherwax confronted Bill Self and screamed at the Kansas University coach after Elijah Johnson dunked with one second left in KU’s 108-96 overtime victory in 2013.