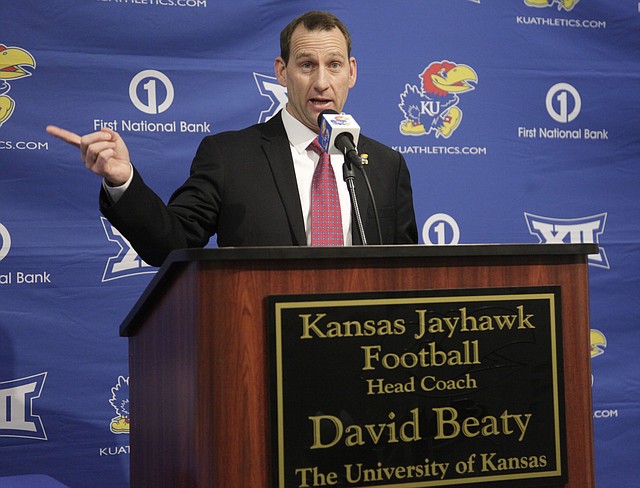 In the three weeks since David Beaty was named Kansas University’s head football coach, there have been a dozen or so examples of his past and current relationships paying off in the recruiting game. By Matt Tait

In true Texan style, newly named Kansas University football coach David Beaty has an arsenal of catchy clichés and funny phrases that help explain who he is as a football coach, a father and a man. But Beaty used few of them Monday morning at Mrkonic Auditorium. By Matt Tait