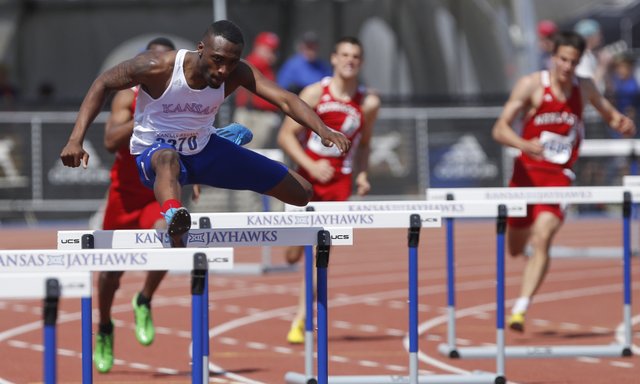 As Kansas University junior hurdler Michael Stigler illustrated by coming from way behind to win the first of his three Big 12 400-meter hurdle titles, it’s not how you start, rather how you finish. By Tom Keegan