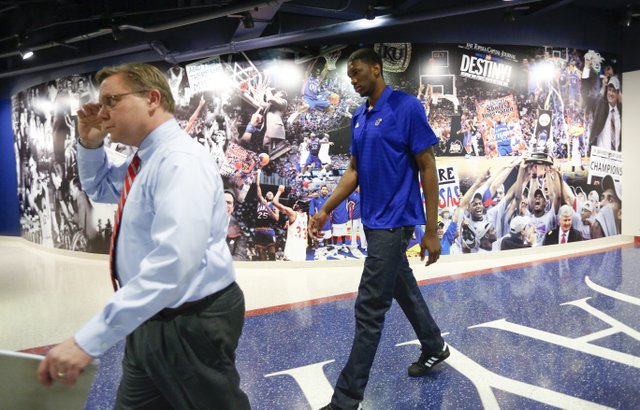 Kansas center Joel Embiid, right, walks past a collage in the northwest corner of Allen Fieldhouse behind assistant athletics director Chris Theisen following a news conference on Wednesday, April 9, 2014 at Allen Fieldhouse in which he announced his intention to enter the 2014 NBA Draft.

The decision Joel Embiid slept on for three nights — to be a one-and-done player in college — apparently boiled down to a few simple factors. By Gary Bedore