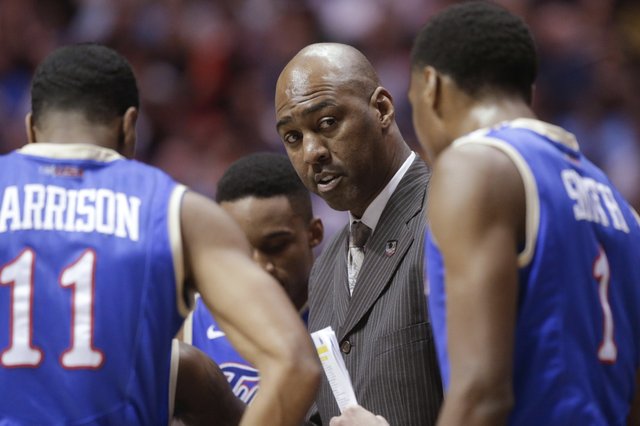 Tulsa coach Danny Manning, center, talks to players during a timeout against UCLA in a second-round game in the NCAA men's college basketball tournament Friday, March 21, 2014, in San Diego.

Danny Manning, the former Kansas University standout who spent the past two seasons coaching Tulsa, was hired Friday as Wake Forest’s basketball coach. He’ll be introduced at a news conference next week on campus in Winston-Salem, N.C., a short drive from where Manning grew up.