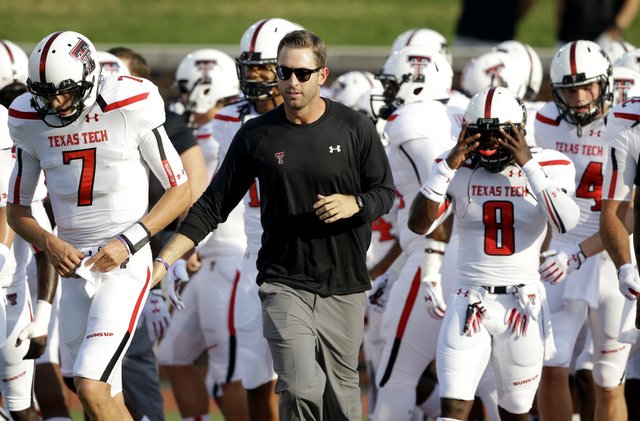 Texas Tech football coach Kliff Kingsbury runs on the field with his team before the Red Raiders’ 41-23 victory over SMU on Aug. 30 in Dallas. Kingsbury, the former Tech and New England Patriots (backup) QB, will face Kansas at 11 a.m. Saturday at Memorial Stadium.

In April of 2003, the New England Patriots made 6-foot-3, 213-pound gunslinger Kliff Kingsbury, of Texas Tech University, the 201st overall pick in the sixth round of the NFL Draft. By Matt Tait