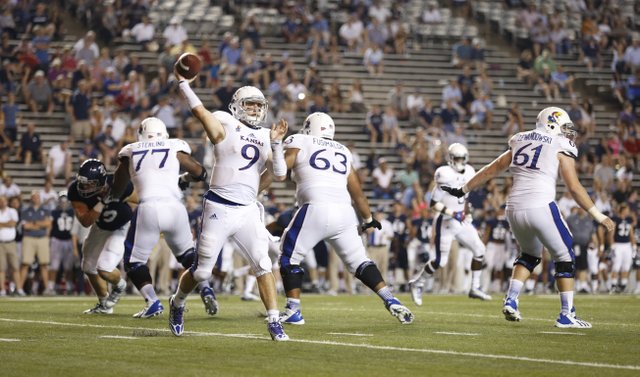 Kansas quarterback Jake Heaps throws to the sideline against Rice late in the fourth quarter on Saturday, Sept. 14, 2013 at Rice Stadium in Houston, Texas.

This offseason the Kansas University football team made it a point to work on both handling a faster tempo on defense and playing at a faster tempo on offense. Three games into the season, the verdict remains out on how KU has done, but both units have seemed more comfortable playing at faster speeds. By Matt Tait

No problem: Weis not worried about QB play

Kansas University football coach Charlie Weis has more than a few things occupying his mind as he tries to get his offense going and his team to bounce back from a tough loss at Rice. But quarterback play is not one of them. By Matt Tait