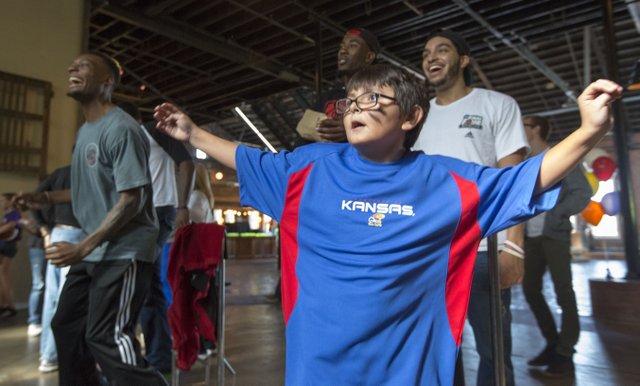 Hunter Lavallie, 11, of Lawrence shows off his dance moves as he competes, and eventually beats, Kansas basketball player Naadir Tharpe in a game of Dance Dance Revolution, Sunday afternoon at Abe & Jake's Landing. The event was part of an equipment drive put on by Bill and Cindy Self's Assists Foundation.

If everybody stays healthy — and produces as expected — Kansas University’s starting basketball lineup might not change much during the course of the 2013-14 season. By Gary Bedore