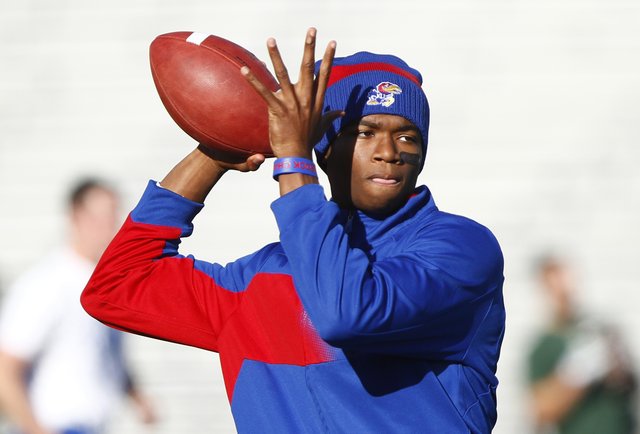 Kansas quarterback Montell Cozart throws during warmups prior to kickoff against Baylor on Saturday, Oct. 26, 2013.

Both Montell Cozart and Jake Heaps have played in Kansas University’s last two football games and coach Charlie Weis says there does not appear to be so much as a hint of animosity from the starting quarterback about the hard-charging backup. By Matt Tait