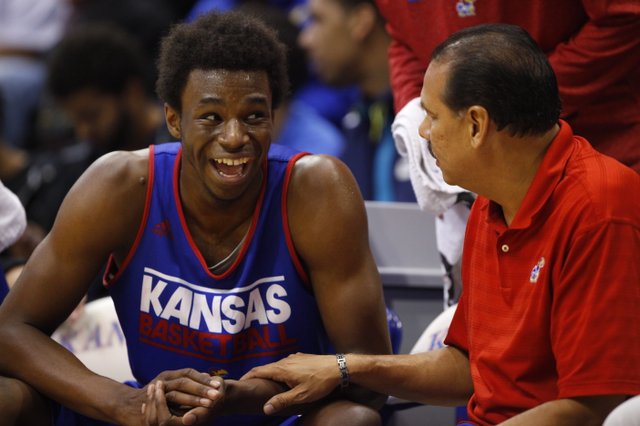 Kansas University’s Kurtis Townsend has been ranked the No. 1 assistant college basketball coach in the country, according to Basketball Times. By Gary Bedore

Former Western Kentucky basketball standout Kurtis Townsend remembers catching a lot of flak during a reception held before his one and only season as assistant hoops coach at Eastern Kentucky University. By Gary Bedore

Kansas University freshman Andrew Wiggins on Tuesday will play his second game in the United Center, home of the NBA’s Chicago Bulls. By Gary Bedore

Andrew Wiggins scored 21 points in a series of three, 10-minute scrimmages before 10,000 fans on Saturday morning at Allen Fieldhouse.