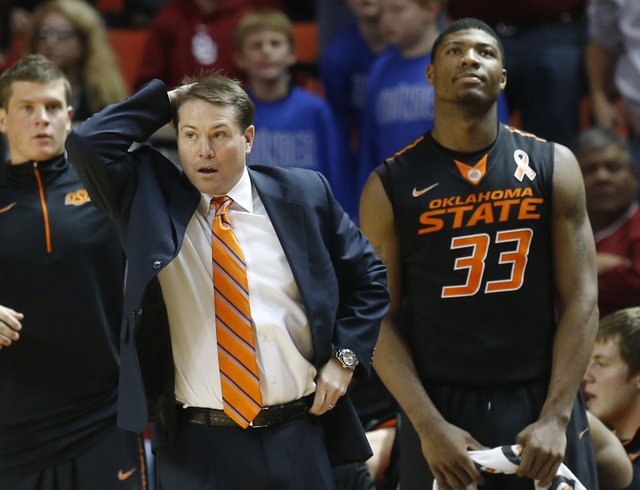 Oklahoma State head coach Travis Ford reacts to an official's call in the second half of an NCAA college basketball game against Oklahoma in Norman, Okla., Saturday, Jan. 12, 2013. Oklahoma State guard Marcus Smart (33) is at right.

Self: OSU coach’s Wiggins joke ‘not a big deal’

Oklahoma State basketball coach Travis Ford’s comments concerning the hype surrounding Kansas University freshman Andrew Wiggins have made their way from Stillwater to Jayhawk Nation. KU coach Bill Self on Wednesday told the Journal-World that Ford’s quotes were “not a big deal.” By Gary Bedore