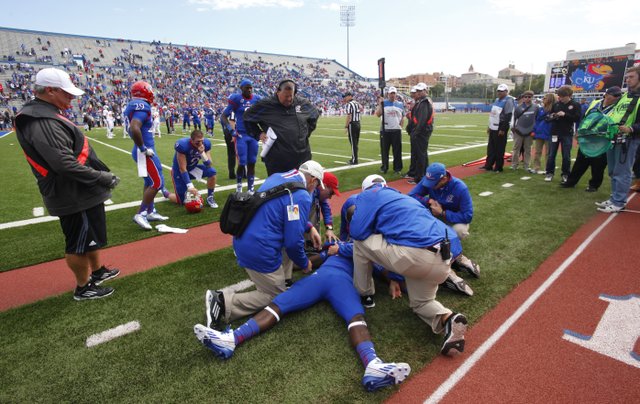 The Kansas University football team is trying new technology to take a bite out of the sport’s concussion problem. The Jayhawks will be among the first college football teams in the country to use impact-sensing mouthguards this spring, when they start practicing for the upcoming fall season. By Sara Shepherd

The way Kansas University football coach Charlie Weis sees it, Jayhawk games just became a lot safer thanks to Friday’s decision by the KU administration to begin removal of the track around the field at Memorial Stadium next week. By Matt Tait

As if the numbers on the scoreboard were not bad enough, the worst news for the Kansas University football team after Saturday's 54-16 loss to No. 20 Texas Tech may have come in the form of an injury to one of its top players. By Matt Tait