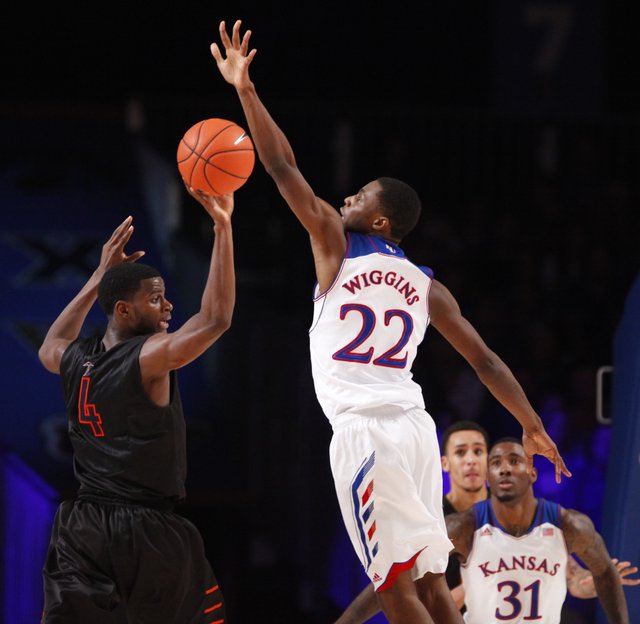 Kansas guard Andrew Wiggins redirects a pass by UTEP guard Julian Washburn during the first half on Saturday, Nov. 30, 2013 in Paradise Island, Bahamas.

Kansas University freshman Andrew Wiggins, who has been slowed by a bout of the flu, scored six points off 2-of-9 shooting with seven rebounds while playing 34 minutes in Saturday’s 67-63 Battle 4 Atlantis victory over UTEP.By Gary Bedore