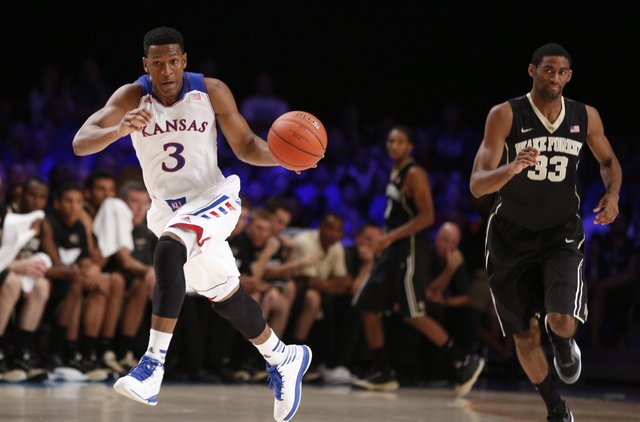 Kansas guard Andrew White races up the court past Wake Forest forward Aaron Rountree during the second half of the Battle 4 Atlantis opening round on Thursday, Nov. 28, 2013 in Paradise Island, Bahamas.

Former Kansas University guard Andrew White III, who sat out last season at Nebraska in accordance with NCAA transfer rules, will make his unofficial Husker debut on a four-game trip to Spain that starts on Aug. 16.

Shortly after his sophomore season, Andrew White III figured it was time he left Kansas University's basketball program in search of a better opportunity to play meaningful minutes. A little more than three months later, the 6-foot-8 wing has a new home, not too far away. By Gary Bedore

Andrew White to transfer from KU

Unable to crack the rotation in two seasons at Kansas University, with prospects for minutes not so great entering his junior year, Andrew White III will seek playing time at another school. By Gary Bedore