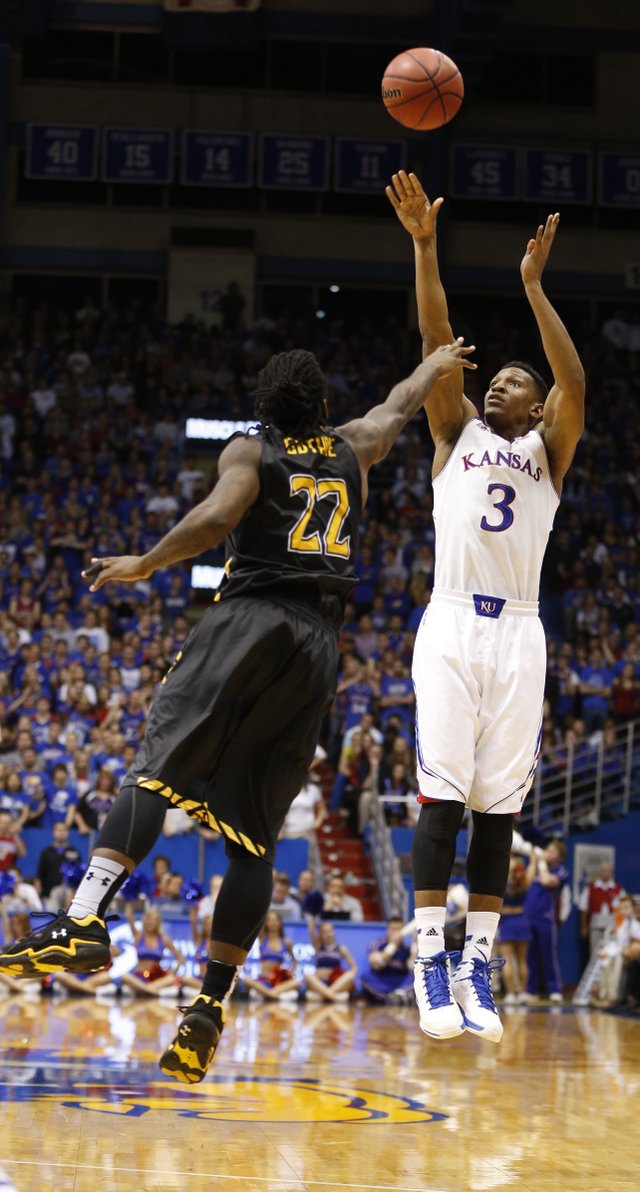 Kansas guard Andrew White hoists a three over Towson guard Rafriel Guthrie during the second half on Friday, Nov. 22, 2013 at Allen Fieldhouse.

Kansas University freshman center Joel Embiid had a career-high three blocks, most by a Jayhawk in a game this season, and coach Bill Self thought Andrew White produced off the bench against Towson. By Gary Bedore