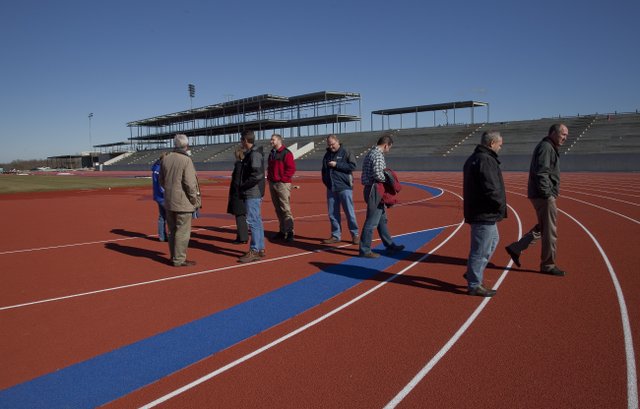 The Lawrence Parks and Recreation Advisory Board toured the Rock Chalk Park sports complex in northwest Lawrence on Tuesday. The running surface of the track and field stadium is installed.

Kansas University officials announced Wednesday that the track surface at Rock Chalk Park will be recognized by the International Association of Athletics Federations (IAAF) as the fifth Class I Certified track on United States soil, and will be one of only 105 in the entire world.