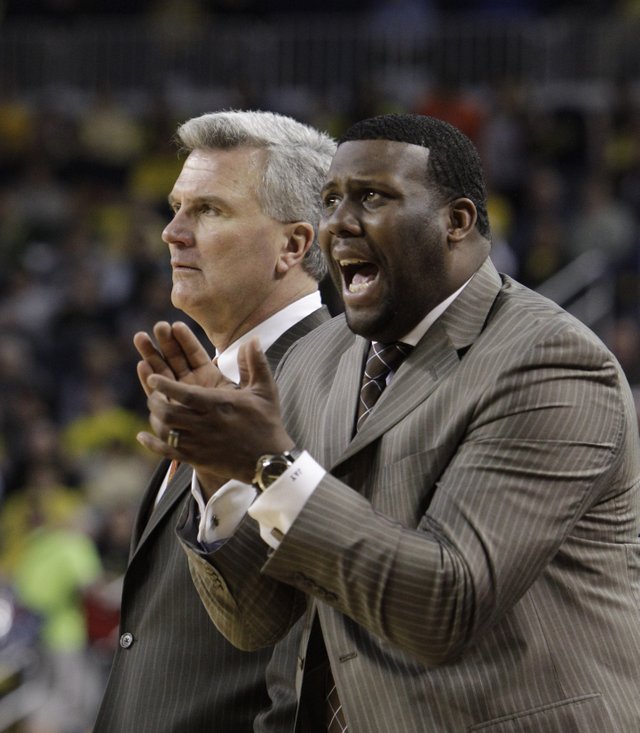 Illinois head coach Bruce Weber, left, and assistant coach Jerrance Howard watch from the sidlines during the second half of a game against Michigan in this 2012 Associated Press file photo. Though nothing is official, Howard is likely to replace Kansas University assistant coach Joe Dooley, KU coach Bill Self confirmed Wednesday.

Coach expected to be named today once paperwork complete