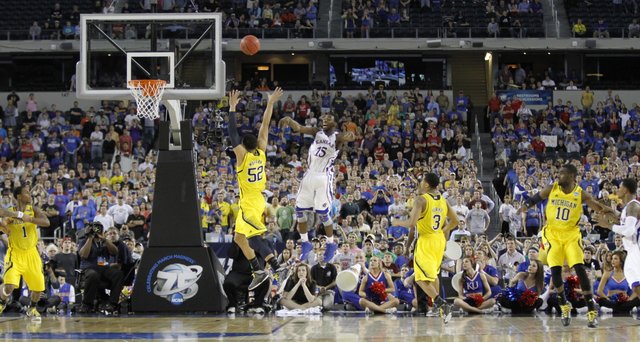 With only a few second on the clock and down by two points Elijah Johnson passes out to Naadir Tharpe for a last three-point attempt that missed leaving the Jayhawks with a 87-85 loss to the University of Michigan, Friday, March 29, 2013, at Cowboys Stadium, in Arlington, TX.

How did Kansas lose a game it had locked up? Journal-World sports editor Tom Keegan says the Jayhawks must have been undermined by cosmic fate following an unnecessary foul in the first half. • Box score• Bill Self postgame audio