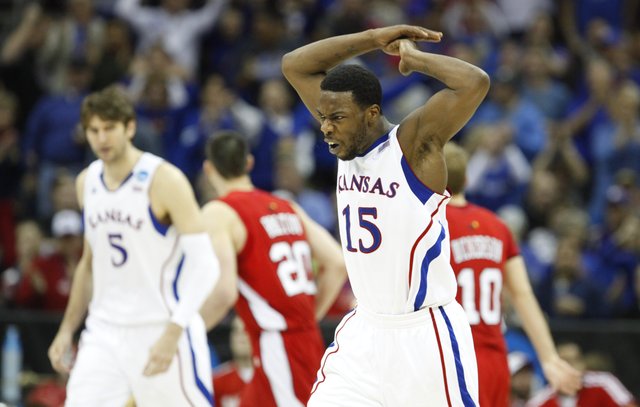 Kansas guard Elijah Johnson tries to pump up the crowd after a defensive stop by the Jayhawks against Western Kentucky during the second half on Friday, March 22, 2013 at the Sprint Center in Kansas City, Mo.

Kansas University did not become the first No. 1-seeded team in NCAA Tournament history to lose to a 16 on Friday night in Sprint Center. The Jayhawks, however, did trail by a point at halftime before managing to do just enough to edge Western Kentucky of the Sun Belt Conference, 64-57. By Gary Bedore• Box score• Bill Self, KU players postgame audio