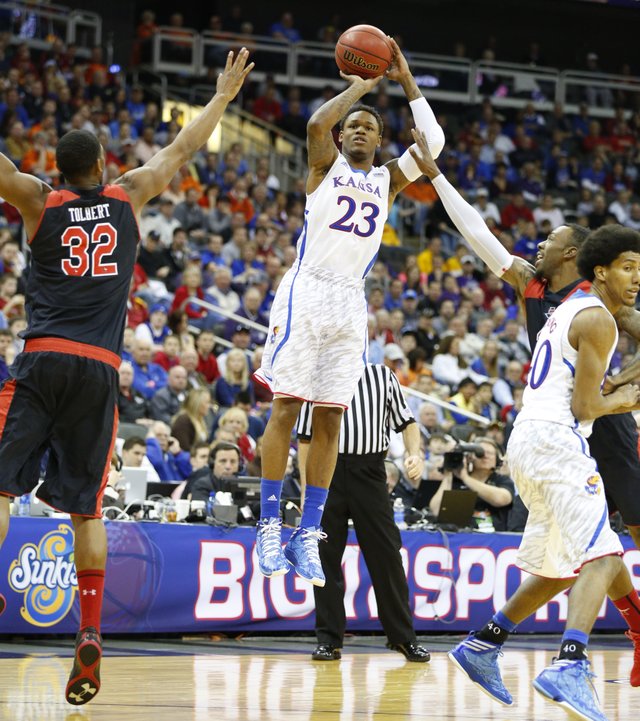 Kansas guard Ben McLemore puts up a three against Texas Tech during the first half of the second round of the Big 12 tournament on Thursday, March 14, 2013 at the Sprint Center in Kansas City, Missouri.

Kansas redshirt freshman guard Ben McLemore — along with KU coach Bill Self — will address the media in a press conference at 2:30 p.m. Tuesday.