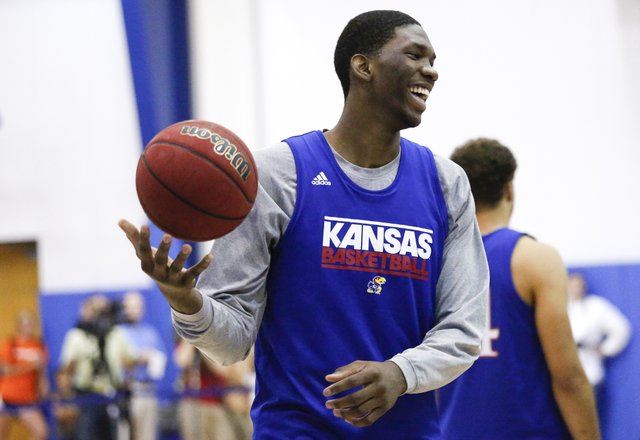 It seems a strange thought on a roster that includes Andrew Wiggins, but the player on this year’s Kansas University basketball team with the highest ceiling just might be the guy whose head comes closest to the ceiling, Joel Embiid. Column by Tom Keegan

Without question, the most compelling development to watch will be that of center Joel Embiid, so remarkably talented and so very new to the game. He qualifies as this team’s X factor. By Tom Keegan

Seated at a table with freshman teammate Brannen Greene to his left and Andrew Wiggins to his right, Joel Embiid bent over, closed his eyes and placed his head on the hard surface Sunday afternoon in Kansas University’s Booth Family Hall of Athletics. By Gary Bedore