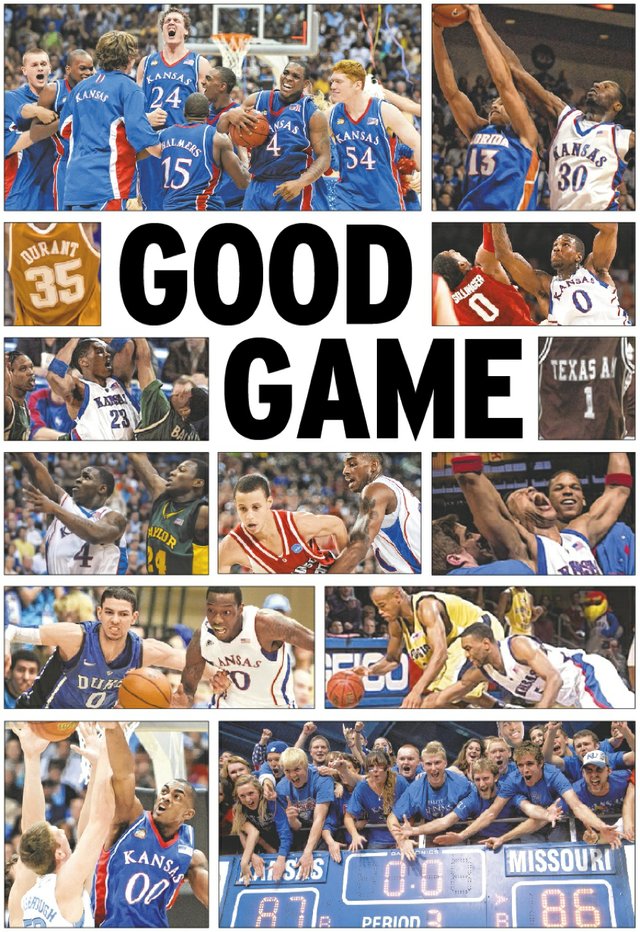 Some of the best games in the Bill Self era at Kansas: from left, from top row, The 2008 national championship against Memphis; A 2006 overtime thriller against eventual national champion Florida; Texas’ Kevin Durant shines in Allen Fieldhouse in 2007; The 2012 Jayhawks advance past Ohio State in the Final Four; Kansas handles UAB in the 2004 NCAA Tournament; Acie Law and Texas A&M win at KU in 2007; Kansas slugs it out at home against Baylor in 2008; The eventual 2008 champs survive Steph Curry and Davidson; Wayne Simien and KU edge Oklahoma State in 2005; KU falls in a hard-fought game against Duke in 2011; The 2005 Jayhawks get revenge on Georgia Tech; KU sends away Tyler Hansbrough, Roy Williams and North Carolina from the 2008 NCAAs; and Kansas tops Missouri in an exciting finale to the Border War in 2012.

Good game: A look at the best KU games in the Bill Self era

For the eighth installment of our summer series, which looks back at the top players and moments of the Bill Self era thus far, we rank the best basketball games, taking into account the stakes, outcomes and pure entertainment of it all.