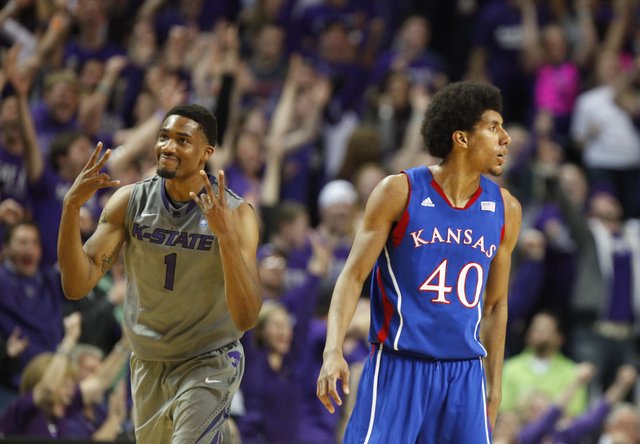 Kansas State’s offensive strategy coming into Tuesday’s men’s basketball game was to avoid Kansas University shot-blocker Jeff Withey by trying to shoot open shots on the outside. By Jesse Newell