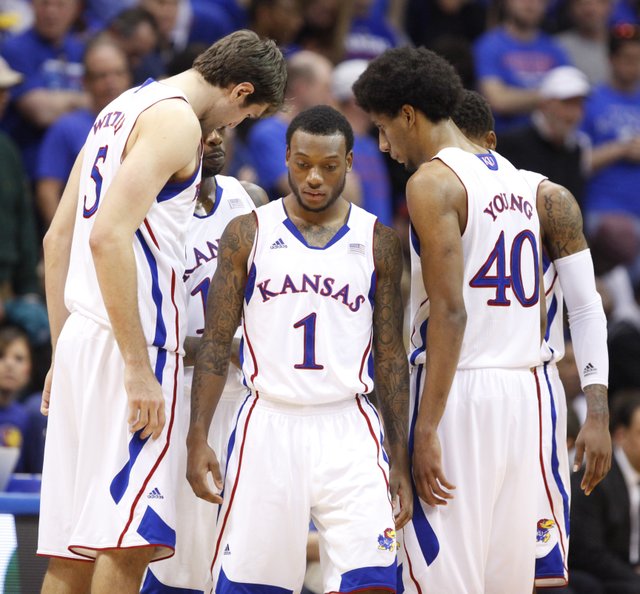 Kansas players come to a huddle while trailing Temple during the second half on Sunday, Jan. 6, 2013 at Allen Fieldhouse.

KU extends deal with adidas through 2019

Thursday afternoon, Kansas University officials announced via press release that Kansas Athletics and adidas have agreed to renew their footwear and apparel partnership — one of the largest such partnerships in college athletics — through 2019. The commitment extends by six years the original eight-year agreement between adidas and KU, which was signed in 2005.