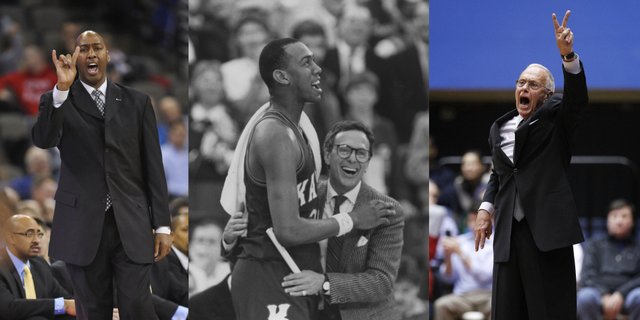 Danny Manning, left, and Larry Brown, right, will take the court together again tonight as Manning’s Tulsa Golden Hurricane take on Brown’s SMU Mustangs in a men’s college basketball contest. Manning and Brown, seen at center after the 1988 NCAA championship game, have a deep friendship dating back to their time at Kansas University.

The stars of Kansas University's 1988 title run, Larry Brown and Danny Manning, will take the court together again today as rival coaches when Manning and Tulsa travel to face Brown at SMU.