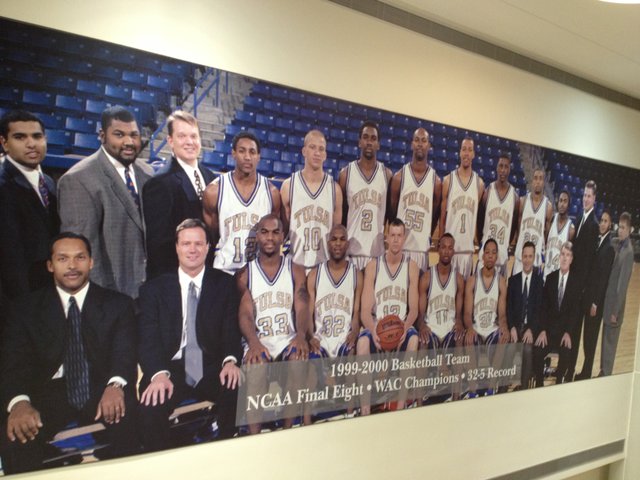 Danny Manning’s former boss — Kansas coach Bill Self — is in the front row, second from left in this photo not far from the Tulsa basketball office.

When Danny Manning agreed to become the head basketball coach at the University of Tulsa, he knew he was adding his name to an elite list of coaches. What he didn’t know was that TU’s past success would be so in his face. By Matt Tait

David Shelton played at my hometown Community College, ICC. He was fun to watch.