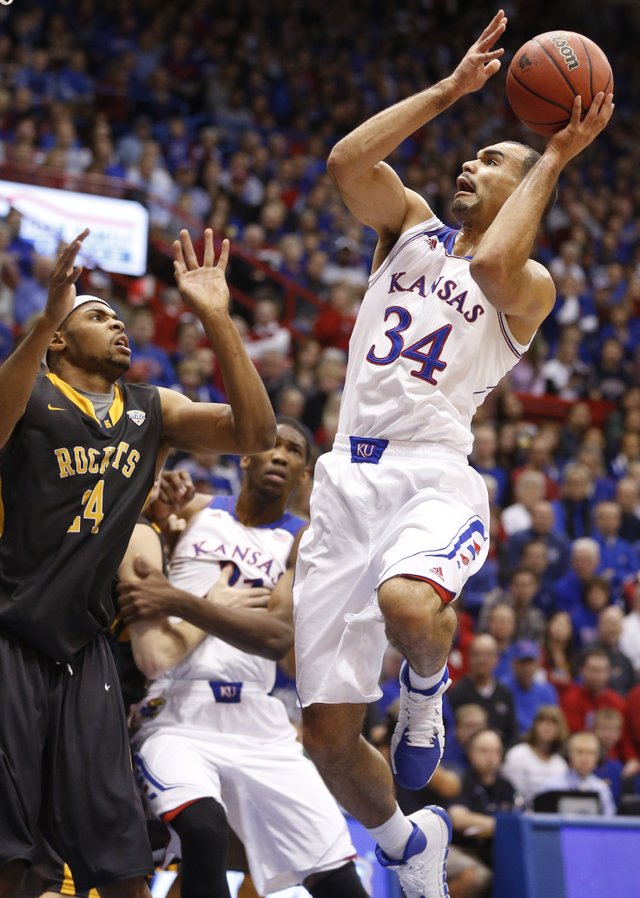 Kansas forward Perry Ellis goes to the hoop against Toledo forward J.D. Weatherspoon during the first half on Monday, Dec. 30, 2013 at Allen Fieldhouse.

Junior forward Perry Ellis was the lone Kansas University men's basketball player named to the preseason all-Big 12 basketball team, voted on by the league's coaches, and Cliff Alexander was one of two players to earn preseason freshman of the year honors, the Big 12 announced Thursday.

Perry Ellis scored 21 points (three off a career high) and grabbed a career-best 11 rebounds in the (9-3) Jayhawks’ 93-83 victory over previously undefeated (12-1) Toledo. It marked the sophomore forward's second career double-double and triumphant return from a scary injury suffered against Georgetown.By Gary Bedore