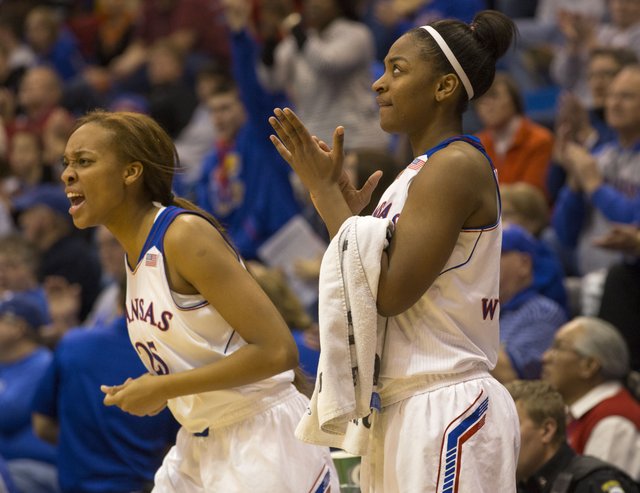 After a few days off to recharge their minds, spend time with loved ones and get away from basketball over winter break, the members of the Kansas University women’s basketball team returned to Lawrence Thursday with some extra energy. By Matt Tait

CeCe Harper insists it had nothing to do with the holidays, but the Kansas University senior guard sure was in a giving mood during Sunday’s 82-78 victory over Tulsa at Allen Fieldhouse. By Matt Tait