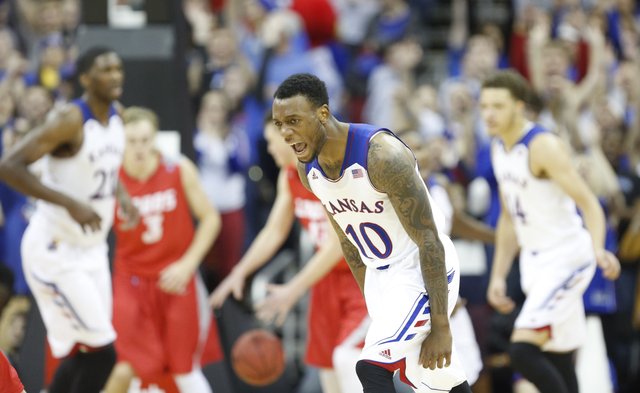 Kansas guard Naadir Tharpe celebrates after hitting a three pointer against New Mexico during the second half on Saturday, Dec. 14, 2013 at Sprint Center in Kansas City, Mo.

Tharpe steps up as leader since demotion

Kansas University junior Naadir Tharpe knows why he was stripped of his starting point guard duties during recent nonconference basketball losses at Colorado and Florida. “I wasn’t doing anything to really help out the team, help out the guys,” Tharpe said after regaining his starting spot and playing 37 minutes in Saturday’s victory over New Mexico in Sprint Center. By Gary Bedore

Naadir Tharpe’s return to the starting lineup after a two-game absence proved to be a resounding success during an 80-63 victory over New Mexico on Saturday night in Sprint Center. By Gary Bedore