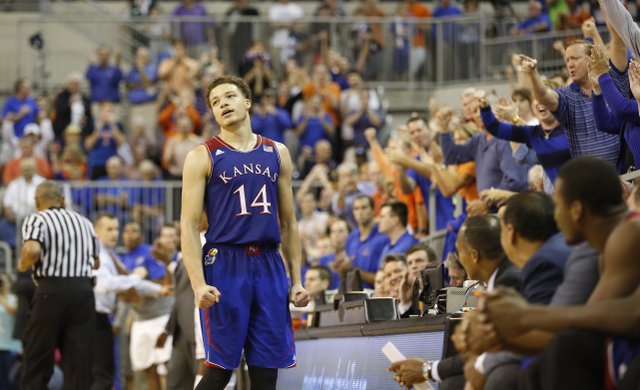 Kansas guard Brannen Greene reacts after losing the ball out-of-bounds late in the game against Florida on Tuesday, Dec. 10, 2013 at O'Connell Center in Gainesville, Florida.

The soft early schedule most college basketball teams prefer not only boosts their win-loss record, it gives young players time to adjust to the college game before entering conference play. Kansas University, which started four freshmen Tuesday against a Florida team that started four seniors, has no such luxury. Column by Tom Keegan