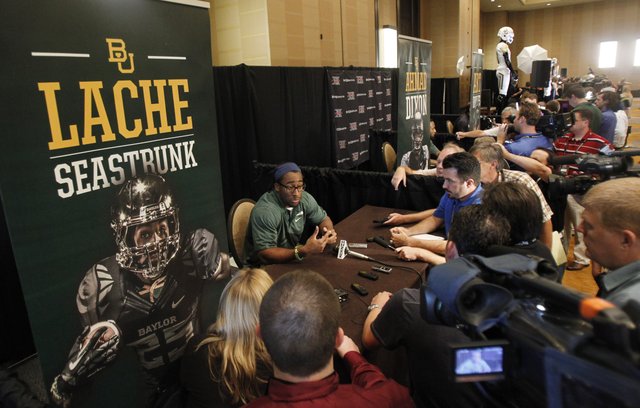 Baylor running back Lache Seastrunk talks to members of the media during a breakout session at the Big 12 Conference football Media Days Monday, July 23, 2013 in Dallas.

Baylor running back Lache Seastrunk has given up watching ESPN. He says it just makes him mad that his team doesn’t get the publicity it deserves. By Jesse Newell