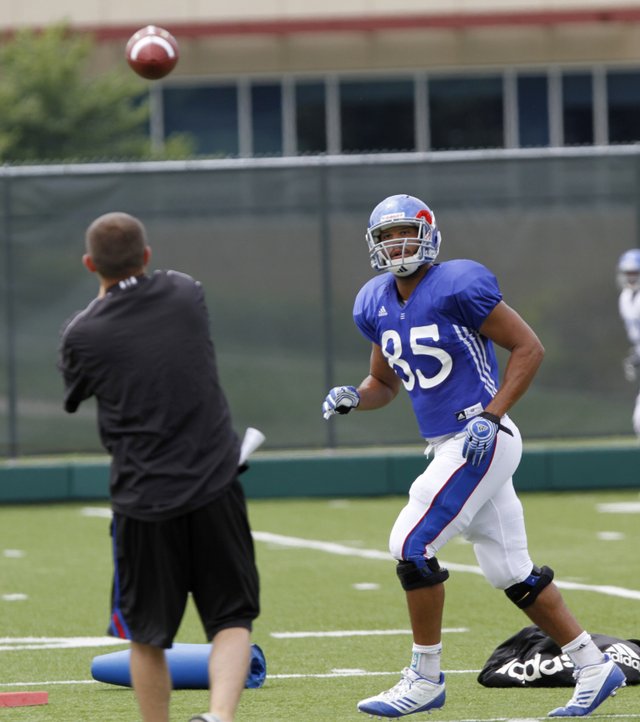 After earning the reputation as a blocking tight end in his first two seasons, Kansas tight end Trent Smiley believes work with his route-running and hands will help him become a more complete player in 2013. By Jesse Newell