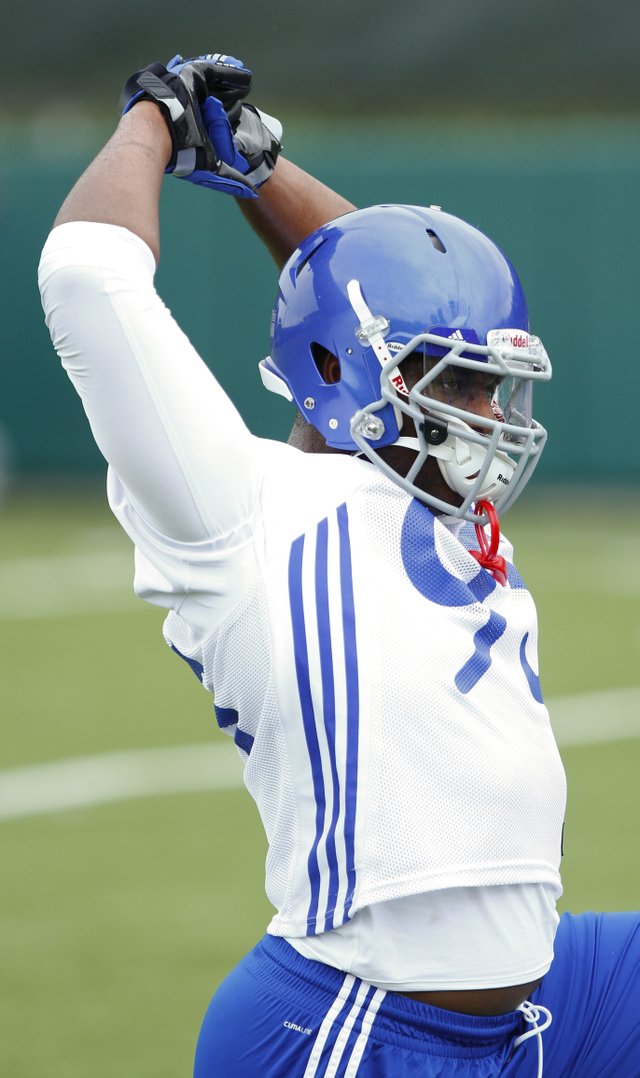 Kansas University defensive lineman Andrew Bolton stretches during practice on Friday, Aug. 9, 2013, at the Jayhawks’ fall camp. Bolton, a juco newcomer, has star potential once he knocks off some rust, according to his coach on the KU defensive line, Buddy Wyatt.

A Kansas University football spokesperson confirmed to the Journal-World on Thursdsay that senior defensive lineman Andrew Bolton was no longer with the team. By Matt Tait

If defensive coordinator Clint Bowen and the Kansas University football position coaches can draw maximum effort and attention to detail out of the players, KU should field a competitive defense this coming fall. The blend of talent, experience and depth is the best it’s been in years. Column by Tom Keegan

Because of his elite blend of power and speed, Andrew Bolton, a 6-foot-3, 280-pound Kansas University defensive end by way of junior college, developed quite a reputation during the recruiting process for being the type of player who could make a major difference in a short time. By Matt Tait