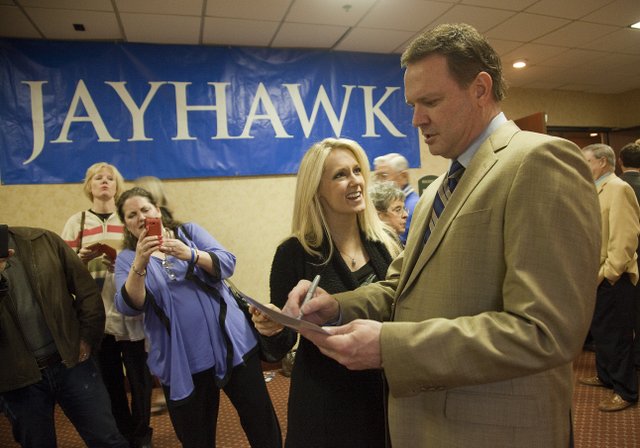 Jennifer Fisher, Miss Kansas 1998, gets an autograph from KU basketball coach Bill Self at the annual KU basketball banquet Monday, April 15,2013, at the Holiday Inn.