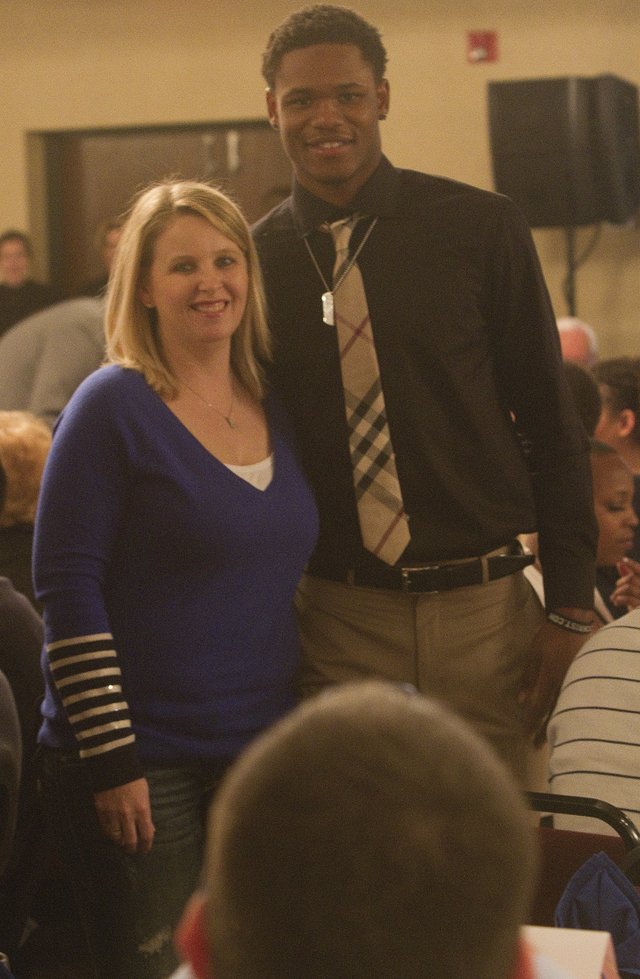 Marni Mills, of De Soto, left, poses with Ben McLemore for a photo during the KU basketball banquet on Monday, April 15, 2013, at the Holiday Inn.