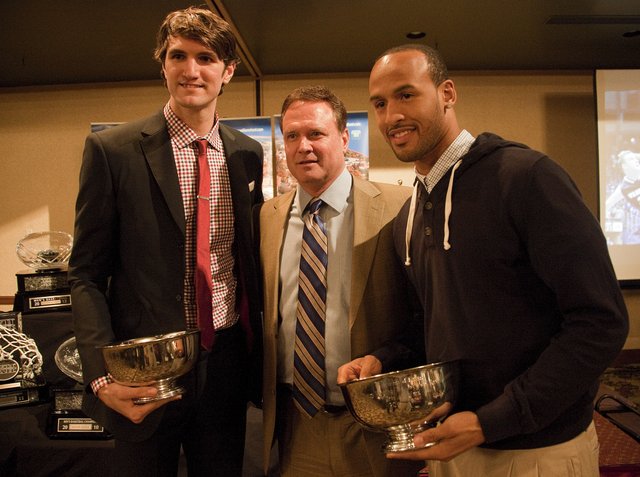 Jeff Withey, left, and Travis Releford flank Kansas basketball coach Bill Self as they were named co-winners of the Danny Manning Award at the annual KU basketball banquet Monday, April 15,2013, at the Holiday Inn.