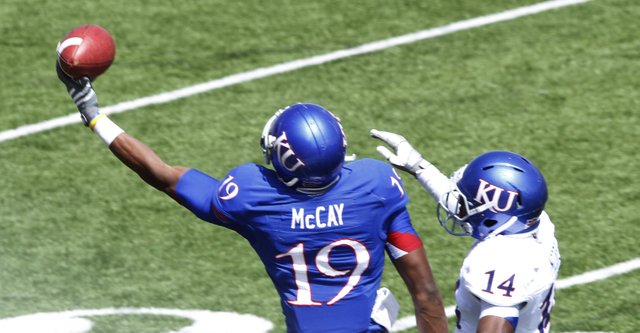 Opinion: KU football has shot to recapture past playmaking magic

For the first time since Mark Mangino, Kansas University’s first winning football coach since Jack Mitchell, was pressured to resign, KU has a shot to flood the field with potent playmakers. Column by Tom Keegan

After sitting out most of the last three seasons, Kansas University receiver Justin McCay needed to stand out in the spring game, and he did, Journal-World sports editor Tom Keegan writes.• Box score• Charlie Weis postgame audio