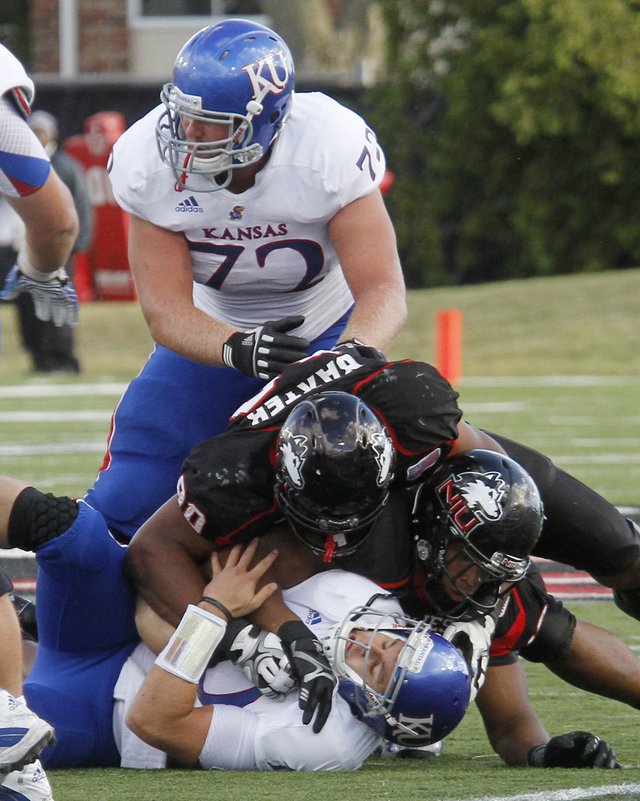 With its second fall-from-in-front loss of the young season — both with two-score leads in the fourth quarter, no less — Kansas University’s football team pushed its road losing streak to 14 games with a 30-23 loss to Northern Illinois on Saturday at Huskie Stadium.