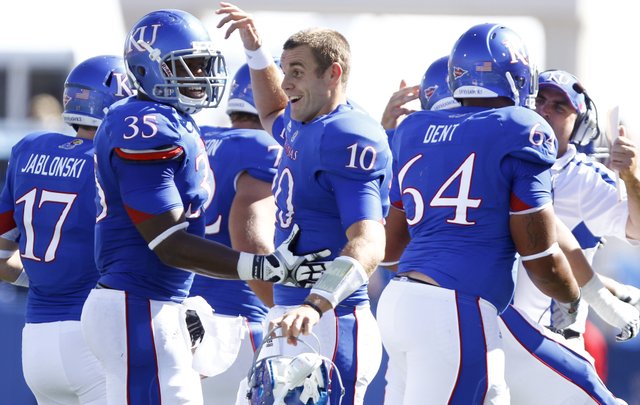 Another sign that the outgoing Kansas University football class may include some NFL talent came Tuesday, when the NFL Players Association confirmed that five Jayhawks had been selected to participate in the 2013 NFLPA Collegiate Bowl on Jan. 19 near Los Angeles. By Matt Tait

Fun and games: Crist aims to trust teammates, loosen up after tight start

It’s no secret that Kansas University quarterback Dayne Crist’s start as a Jayhawk has been a little less spectacular than most people expected.