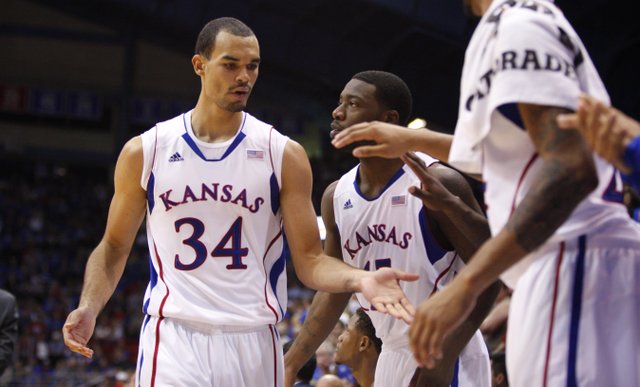 Kansas forward Perry Ellis is congratulated as he comes out of the game during the second half against Emporia State, Tuesday, Oct. 30, 2012 at Allen Fieldhouse.

Kansas freshman guard Perry Ellis didn't show much emotion in his major-college debut, but that didn't stop him from pouring in a team-high 15 points on perfect 5-for-5 shooting in Kansas' 88-54 exhibition victory over Emporia State on Tuesday at Allen Fieldhouse. By Gary Bedore