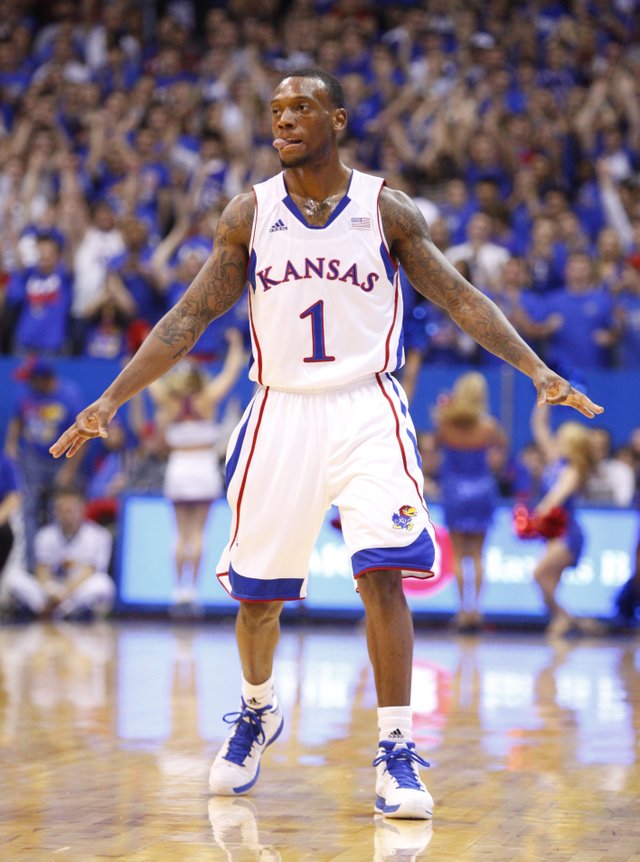 Kansas guard Naadir Tharpe signals "three" after hitting a three-pointer against Emporia State during the first half, Tuesday, Oct. 30, 2012 at Allen Fieldhouse.

Tharpe shooter: Self, Jayhawks counting on sophomore guard for offense