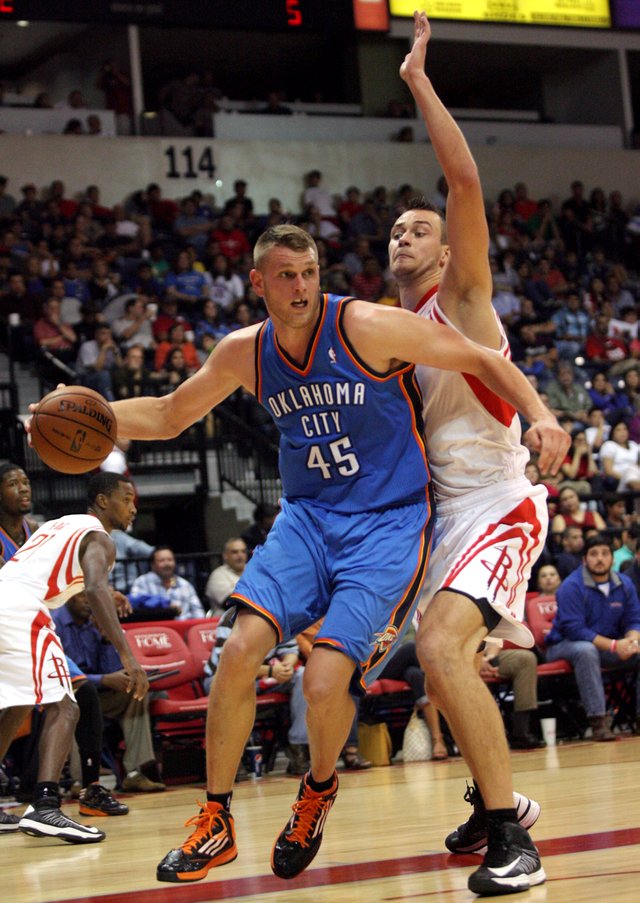 Unable to work out an extension with James Harden, the Oklahoma City Thunder traded the Sixth Man of the Year, as well as former Kansas University center Cole Aldrich and two other players, to the Houston Rockets on Saturday night.