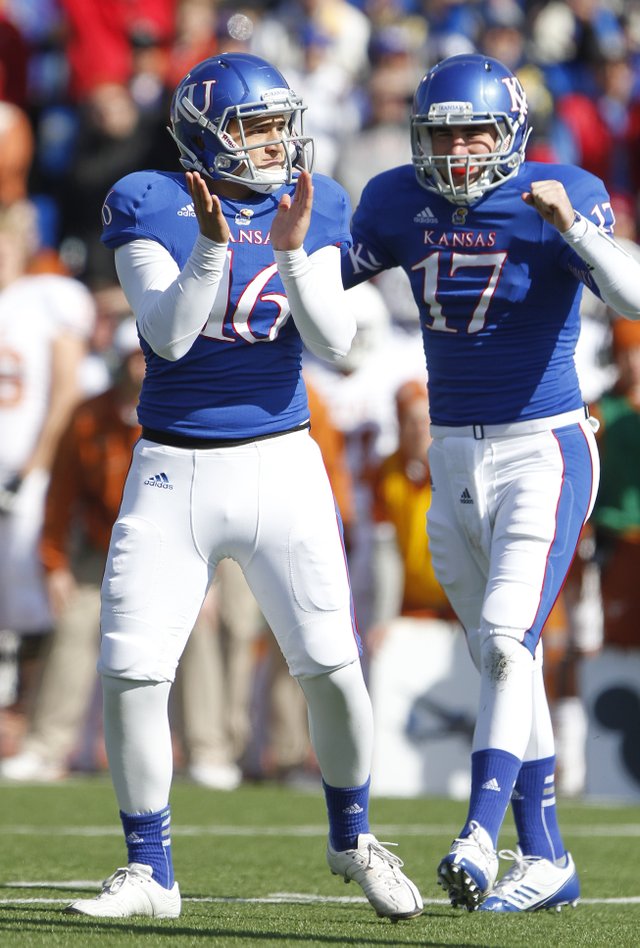 Kansas kicker Nick Prolago makes the most of his moment

If Kansas University would have beaten Texas in a football game Saturday, walk-on kicker Nick Prolago would have been the unlikeliest hero in the history of KU football. Instead, Texas came from behind to win the game in Memorial Stadium with 12 seconds left. Sports editor Tom Keegan tells the story of Prolago's journey to KU.